The Man Behind the Archives

Legendary Football Grounds is a site dedicated to one man’s life-long passion. 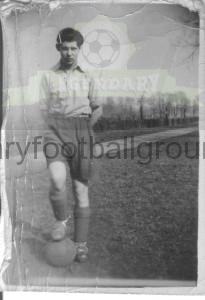 John Marleyn spent most of his adult life traveling to and photographing football grounds around Britain and Europe. When he died, he left his collection to his sister Anita, who saw the potential to share John’s passion and incredible achievement with others who shared his love of football history.

John was always crazy about football; as a youngster he was down at the park, kicking the ball around with the boys every chance he got. If he was at home, he was kicking the ball against the side of the house. The main point of school for him was the match at recess, and Anita remembers muddy wet football boots perpetually drying on the kitchen boiler.

At 16 he left school and started working, lasting three years behind a desk before his passions led him astray – this time, to music. He mastered first the clarinet, then most of the woodwind family throughout his time at the Royal College of Music. As he graduated to playing professionally, got married, and had 3 children, football became a spectator sport, but traveling for work became an excellent way to go to every match he could all over the country, and his love for the game never waned. In 1965 he began snapping black and white photographs, and later, colour slides, of the football grounds he visited – the first of what would become a massive collection of original photographs.

Over his long career as a musician, working all over Britain, John took every opportunity he could to visit football grounds, taking pictures of every one. It became a meticulous and ambitious project – to collect images of every football club in England and Scotland. When he wasn’t working, he made special trips to “fill in the gaps” in his charts of football grounds. At the same time, he gathered extensive knowledge about the history of the game, and of each club. 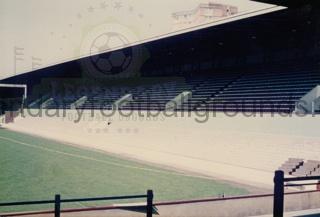 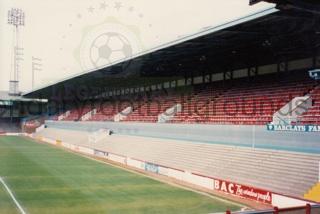 When the shows he worked on in London moved to Germany and other parts of Europe, John delightedly added a European chart to his collection and began filling it as he traveled – his sister Mary wrote him letters of introduction in local languages so he could gain access to the grounds.

When he retired, he and his Volkswagen camper-van motored all through Europe to add continuously to the collection, while making the rounds of the British clubs to photograph and record any changes and renovations. And when he sold the camper-van at age 76, John flew to his destinations, whether to view new grounds or to record changes to those already in his collection.

John passed away in 2014 at age 81, leaving behind a life well-lived: a well-respected teacher with an extensive musical career, and a massive and unique legacy – over 40 years of photographic archives of football grounds and clubs in Britain and Europe. As far as we know, there is nothing truly like it in the world, and we are humbled and excited to be able to share it with you now. Here’s to John! 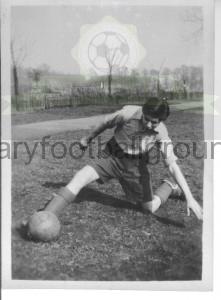 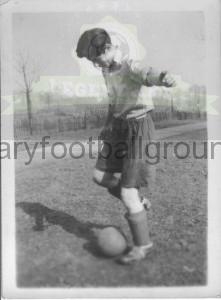 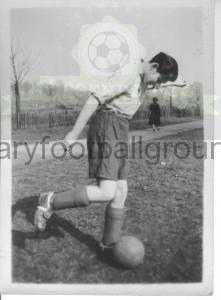 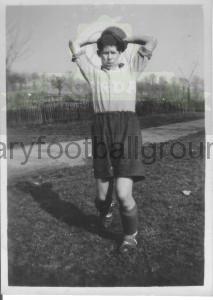 Thank you to John’s sister, Anita Patel, and his son, Paul Marleyn, for their generous and heartfelt contributions to this tribute page.