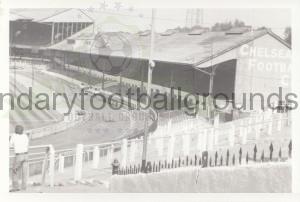 We have thousands of unique photos of football grounds around the UK and Europe, dating from 1965 to the mid 2000s.  See how grounds, stands and stadiums have changed over the last five decades; from the good old days when dog tracks circled the pitch and standing-room terraces held massive crowds, through to today’s sleek, updated stadiums…

Each and every one of our images is 100% original, owned by us, and available for purchase. Browse our extensive gallery by club or era, learn obscure facts about your club’s history, and order high-quality prints of your favourite photos! 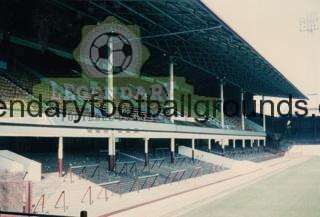 Football supporters, not fans who come and go, but the true, lifelong supporters, know the history of their team beyond the current generation and beyond the playing surface. A fan can tell you about their recent victories, but when you mention The Shed, The Clock End, The North Bank, The Kop, The Stretford End, or another terrace or stand you draw a blank. Our images of largely empty grounds, many from the era when standing was still permitted in England, will connect you with the history, architecture, engineering, and thrill of the sport. The best part is finding a photo of a ground you’ve been to and seeing exactly where you stood, at any point in the last half-century!

LFG is brought to you by soccer nuts as dedicated, educated, and obsessed as you – so you can be sure everything is top-quality, highly researched, and cataloged and labeled correctly! And if you don’t find what you’re looking for, please email us with your questions and requests! We are constantly uploading and organizing more content from our collection, so if you haven’t found you club, it might just not be up yet.

The Box of Old Photos

Ian and GP share a passion for the game, an interest in its history, and memories of an earlier era in football. They’ve also been friends and sometimes teammates for over 20 years.  Some time in 2014, Ian mentioned that his mother-in-law, Anita, had inherited an archive of original photos and memorabilia from her brother, John. The vast majority of the photos were of empty football grounds; the pictures began in 1965 and were meticulously labelled and organized by year and club, spanning more than 40 years. 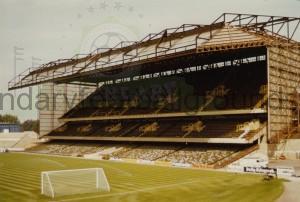 Initially the interest for both men was more hobby focused, getting together to spend an afternoon going “oooh” & “ahh” looking at a collection of football memories. When Ian spent more time looking into what Anita had, he realized the archive was much more than simply a personal collection but a broad historical archive of grounds and other aspects of football from the early 1960’s until the late 00’s. 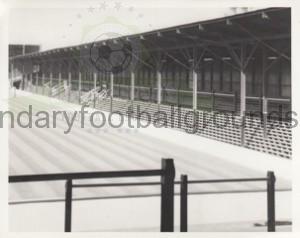 “His excitement was palpable but I really couldn’t understand why until I saw the archive firsthand and opened the first box of photos. I knew right away that there were people who would want to see these photos, something Ian had mentioned but I couldn’t really grasp until I held them in my hands, but what was the best method to accomplish this?”

They talked about publishing a book, or books, but the ease of displaying & ordering online made it possible to offer more of the archive to the public. When Anita, who represents John’s wishes, gave her full support, Legendary Football Grounds was born.

Ian and Gary knew immediately that they had friends for whom such material would be of interest – so why stop there? Football supporters can be found worldwide and those who share a club share a history. John’s family confirmed that he would have loved to share his collection with other supporters, if he had had the means – the great feeling that drove him to collect so thoroughly for so many years resonates with football supporters worldwide.

“The supporter who sees a photo of an empty ground he or she has attended will look to see where she or he had stood. I know I did it seeing pictures of Highbury, The Dell, White Hart Lane, Wembley and other grounds at which I have attended matches.” 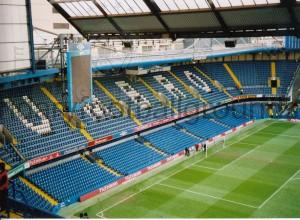 We hope you get as much fun, memories and excitement as we do out of this amazing collection. Check out Gary’s blog for fascinating football discussion, history, and trivia, “name that pitch” contests and weekly photo updates.

Learn more about the man behind the archives, John Marleyn