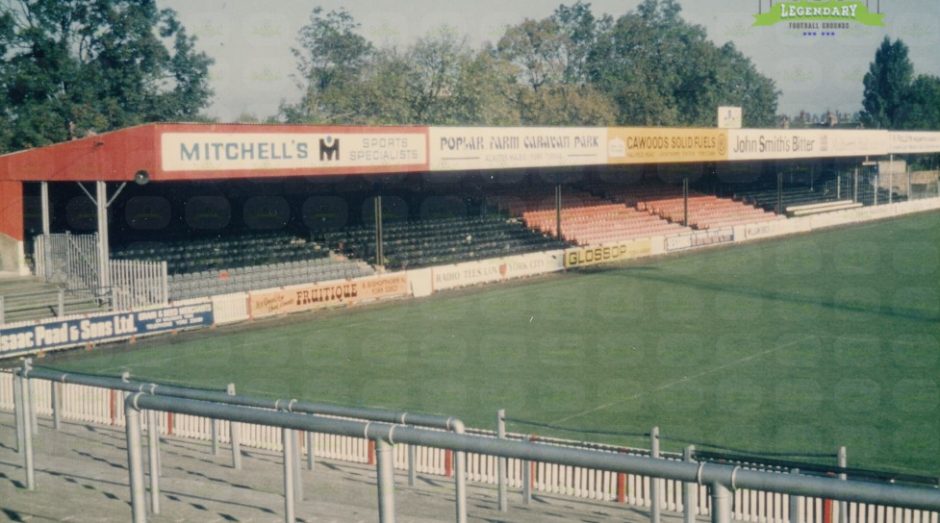 York City left Bootham Crescent at the end of 2020, moving to their new ground York Community Stadium and leaving behind almost 90 years of football memories beginning in 1932. Fixtures were duly auctioned off, one lucky fan wrote in The Guardian about acquiring a turnstile, and the remaining parts of the ground will be demolished in the coming weeks.

Prior to the arrival of York City FC in 1932, Bootham Crescent had been home to York Cricket Club since 1882. Sadly, the pandemic meant that the club’s final match couldn’t be the sendoff an old ground deserves. Still, the site’s developers allowed fans a chance to say farewell to the ground, opening it up for people to explore for a few days in December 2021.

The photo is the Popular Stand in the 1970s, the advertisements for local firms include a caravan park and sports shop. The 21st century hasn’t been kind to the club, being relegated from The Football League in 2005 and 2016, the latter following promotion and four seasons in League 2 before another relegation. York City will be in the National League for the 2022-23 season.