By Legendary Football Grounds Posted in - Uncategorized on May 18th, 2022 0 Comments 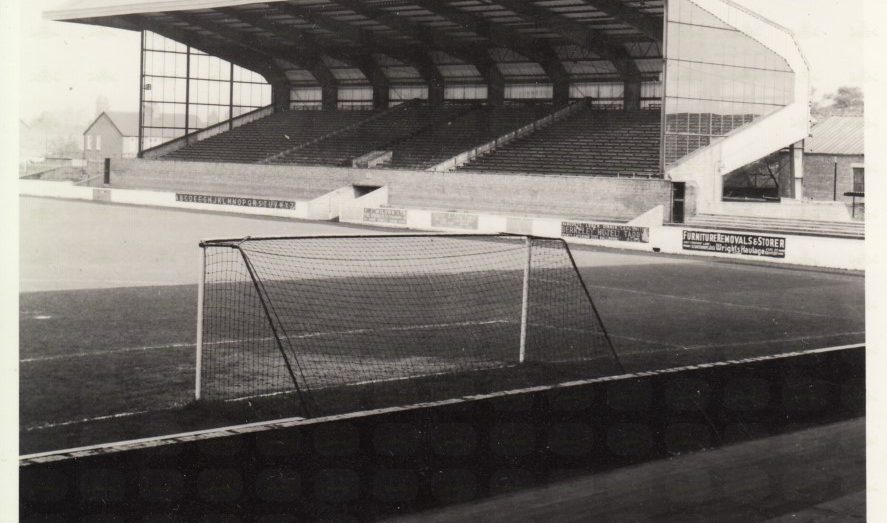 Scunthorpe United reached the Football League in 1950 and played in the Championship as recently as the 2010-2011 season, with their last League 1 season in 2018-19. The closest they came to reaching the top flight was with a 4th place finish in 1961-62, five points short of the 2nd place and final promotion spot.

Scunthorpe United played a role in the great Liverpool teams of the 70’s. Prior to the 1965-66 Third Division season, the club signed the late Ray Clemence to his first professional contract. The future England keeper was moved to Liverpool in the summer of 1967. Kevin Keegan, another link to Liverpool, joined Scunthorpe United as an apprentice in 1966, signing full professional papers in 1968 aged 17. Keegan was duly spotted by Liverpool and moved to Anfield in 1971.

Since 1988, Scunthorpe have played their home matches at Glanford Park, the first new football ground in England in over 30 years at the time it was built. Glanford Park had replaced the Old Showground which had been home to The Iron since 1899 or 1910, depending on the source. The Old Showground was home to the first cantilever roofed stand in the UK built from Scunthorpe steel the stand. Although first in England the concept had been used in Europe decades earlier. The Old Showground was closed due to safety concerns and the lack of a viable financial path for bringing the old ground up to modern standards. More Information on the stand can be found here.