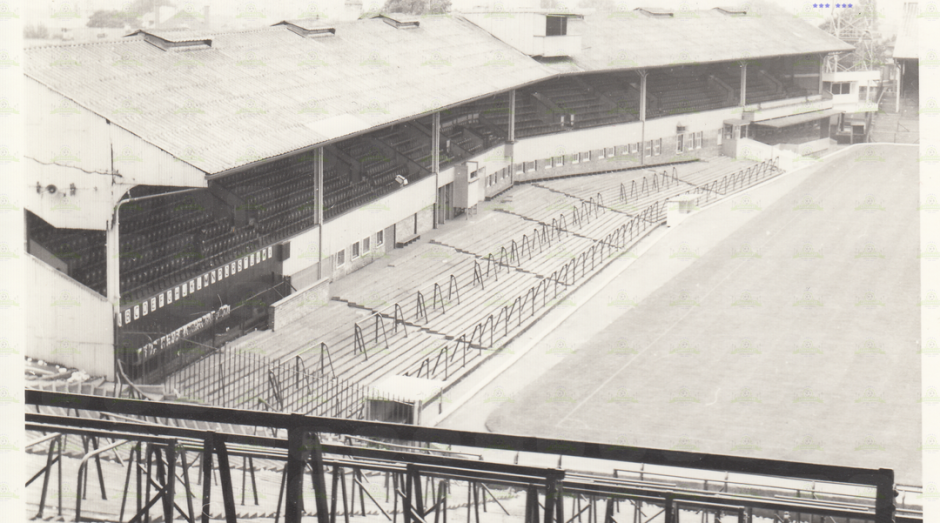 Arsenal vs. Wolves! This match is LIVE and currently being held at Molineux Stadium.

Molineux has been home ground to the Wolves since 1889 when the gardens of Molineux House were replaced with a football pitch. The ground was renovated over the years, and as the 80’s arrived things looked positive with a new stand and victory in the League Cup Final. By 1986 Wolves were playing in the Fourth Division and Molineux was in a desperate state with two stands closed to spectators due to safety issues. The club almost went bankrupt but local government purchased the ground and arrangements were made to clear the debts saving Wolves.

The photo is of the Waterloo Road Stand designed by Archibald Leitch. Sadly this was one of the stands to fall into a state of disrepair as financial constraints, part of the general neglect of football facilities throughout the league. The stand was closed to spectators, although at the club’s nadir attendance could be under 2,000, and eventually torn down to be replaced by the Billy Wright Stand in the early 90’s.