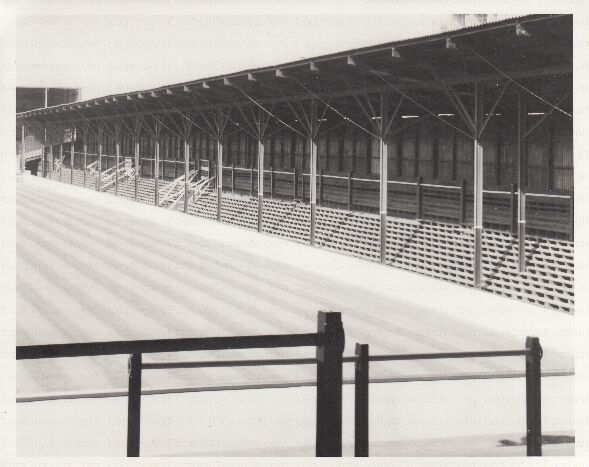 Located next to the site of a house known as Boleyn Castle, West Ham began playing at the Boleyn Ground in 1904. The ground was damaged by a V-1 flying bomb in August 1944, forcing the club to play away from home until the ground was reopened in December 1944.

The East Stand was built in 1969. It replaced the original Chicken Run and its chicken wire enclosure, but kept the colourful name. Like most classic grounds, the stand was in close proximity to the sidelines. West Ham legend Billy Bonds once proclaimed, “I put opponents into the Chicken Run…fans would finish them off.”

The name Boleyn Ground has largely been displaced by Upton Park, the area in the Borough of Newham where the stadium is located. The ground was sold to developers, and West Ham moved to the London Stadium after the 2015-16 Premier League season.