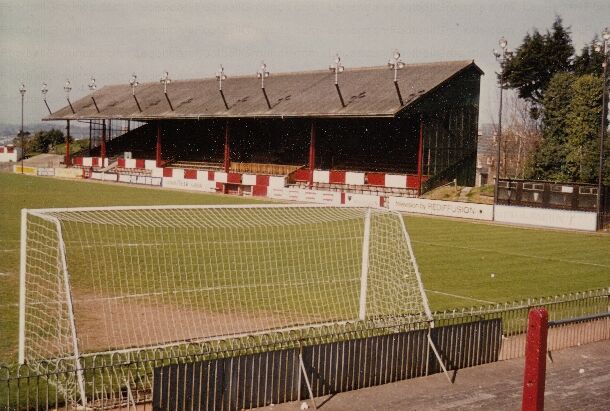 St James’ Park has been used for football since at least 1880, with the first stands constructed in 1892 and has been the home of Newcastle United since the same year. The photo shows the former Leazes Terrace stand which was demolished in 1978. Financial difficulties prevented the construction of a new stand until 1993.