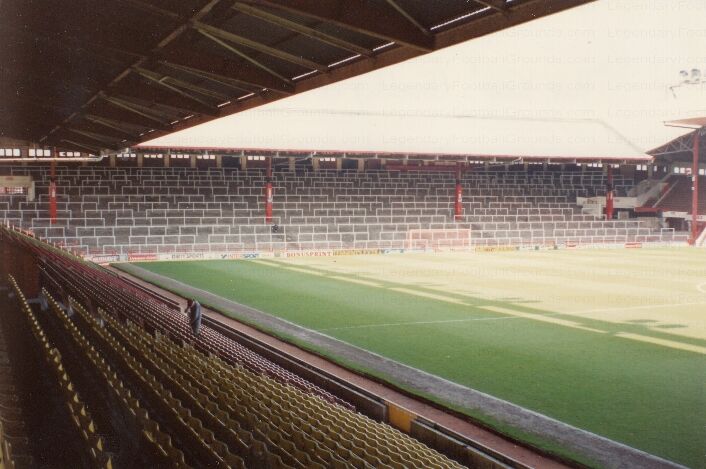 Liverpool’s home at Anfield is known for a variety of reasons, not the least of which is the famous Kop End. Outside the Kop is another piece of history: the flagpole was formerly a mast on the SS Great Eastern. The mast was purchased in the early 1890’s when Everton FC were the residents of Anfield. Soon after the mast, now flagpole, was installed Everton left and opened Goodison Park and Liverpool FC was formed and took over Anfield.