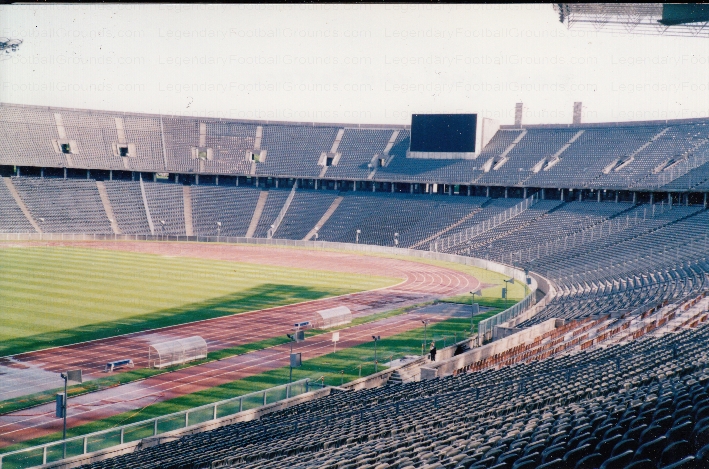 Construction on the Olympiastadion began in 1934. The venue was created as the showpiece stadium of the 1936 Summer Olympics. The Games have gone down in history as one of the most controversial as it was overseen by Germany’s Adolf Hitler and the Nazi regime. During the Olympics, American sprinter Jesse Owens famously won four gold medals as Hitler watched on. Today a street outside the stadium’s walls has been named after the American sprinter.

As a football venue, the Olympiastadion spent much of its early life unchanged until the 1970s. It was renovated for the 1974 World Cup. The construction finally saw the stadium receive a roof as the two sides were now covered. Just three matches were played at the Olympiastadion during the 1974 tournament. Despite being located in the German capital, the tournament’s final was help in Munich.

The stadium was an important piece of the Nazi party and its propaganda. It was due to the Olympiastadion’s history that many Berliners felt that the venue should be torn down in the 1990s. With the Cold War over and the Berlin Wall now a thing of the past, locals felt the same should happen to the Olympiastadion. So far, the stadium has remained. Its iconic look has allowed it to be a historical landmark that gives insight into Germany’s dark past. 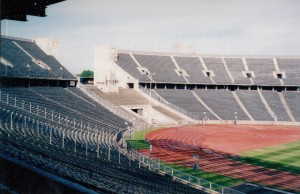 During the 1990s, there were also advocates of tearing the stadium down and replacing it with a football specific venue. The Olympiastadion has long been seen as a stadium that is far too big for Hertha. The stadium holds more than 74,000 supporters, but Hertha average around 45,000 per match. It was the ninth most of Bundesliga teams in 2017-18.

While it was believed the city could tear down the Olympiastadion, it was decided it would hold the 2006 World Cup final. Following the decision, the stadium experienced renovations once more to bring it up to date. A new roof was put onto the stadium and the lower seating areas were rejuvenated.

The days of the Olympiastadion may be numbered. As much as the city would like to keep it as a regular football venue, Hertha have other plans. The club has proposed a new stadium that would accommodate 55,000 fans. The Hertha Fussballarena is expected to be built just yards away from the Olympiastadion and share the Olympic Park. The club’s lease at the Olympiastadion will expire in 2025 and it hopes to open the new venue then. Hertha plan to self-finance the venue.

If Hertha are successful in building a new stadium, it could leave the Olympiastadion in the same limbo experienced by the Munich Olympiastadion. The venue is rarely used as its former tenants Bayern Munich and 1860 Munich moved away in the 2000s. The Olympiastadion’s life as a football venue could slowly be coming to an end.