The Olympiastadion – former home of Bayern Munich and TSV 1860 Munich 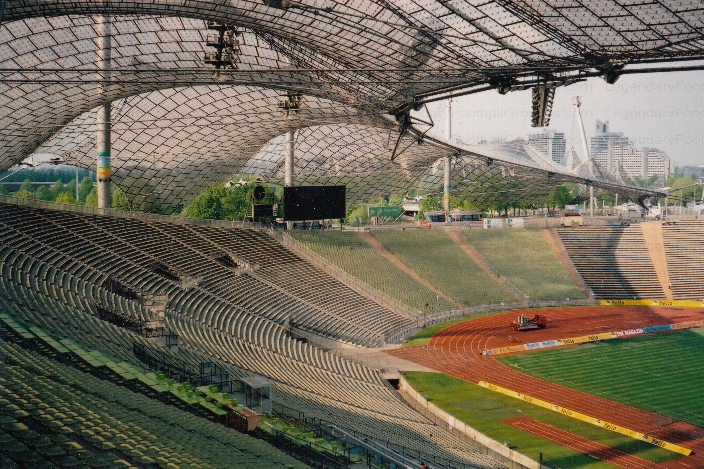 The Allianz Arena in Munich is synonymous with Germany’s largest and most famous football club FC Bayern Munich. The stadium was opened in 2006 and it revolutionised the idea of what a modern football ground could be. The Allianz Arena replaced Bayern’s old stadium, the much-loved Olympiastadion. Despite the new ground’s cool, modern surrounding, the Olympiastadion had its own interesting features that made it a great place to watch football.

The Olympiastadion opened in 1972 and was designed by Bilfinger Berger. The venue was built into its surrounding landscape as two small hills had been created by Allied bombs during World War II. The stadium fit into the creator the bombs made and the stands were built into the hills.

Football wasn’t necessarily the reason the Olympiastadion was built as the 1972 Olympics needed a main venue for the track and field games. Those games unfortunately left the world with negative memories as 11 Israeli athletes were massacred by the pro-Palestine Black September group. 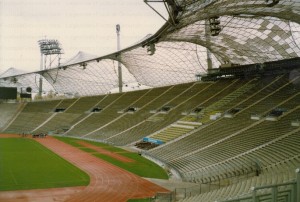 Following the Olympics, the stadium was used by Bayern Munich, and in the 1990s, TSV 1860 Munich moved into the Olympiastadion to share the venue. Two years after Bayern began playing at the Olympiastadion, the venue hosted the World Cup final in 1974. The match between Franz Beckenbauer’s West Germany and Johan Cryuff’s Netherlands saw the host nation win its second World Cup.

The 1988 European Championships also saw the Olympiastadion play host to matches. However, compared to the five matches at the 1974 World Cup, only two games were played at the venue. Its time as a marquee stadium seemed to be growing shorter. 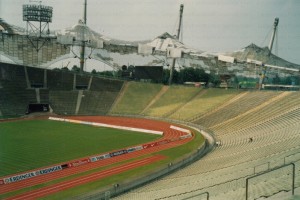 The Olympiastadion’s location and historic value make it a protected monument, and despite Bayern and 1860 Munich relocating to the Allianz Arena in 2006, the venue cannot be demolished. Unfortunately, without a permanent football club – or any football at the Olympiastadion for that matter – the stadium has become somewhat of a white elephant. Taxpayers must pay for the upkeep of the venue as fewer events means a lack of revenue.

There was hope 1860 Munich would return in 2017 as the club couldn’t make its payments on the Allianz Arena. However, the club chose to play at the Grunwalder Stadion instead as 1860 Munich had their lease cancelled by Bayern.

According to reports, it would cost €76 million to upgrade the Olympiastadion. It is truly a shame, as the venue is not only one of the most beautiful in the world, but its design makes it one of the most unique.