Wembley: England’s home for over a decade 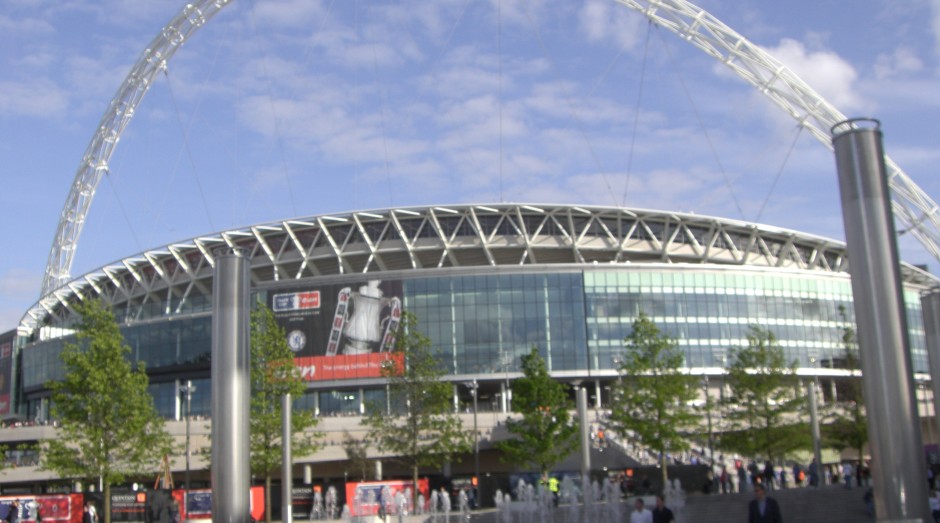 Opened in 2007, Wembley Stadium took five years and an estimated £1 billion to build. When it was finally opened on March 24th for its first official match between England U21s and Italy U21s, the stadium received mixed reviews. Many fans couldn’t come to terms with the modern, corporate feel that the stadium possesses. Nor could fans come to grips with the character of the original Wembley Stadium being lost for a new, polished arena. Now over a decade since its unveiling, football supporters have grown accustomed to the stadium and it has now become the national stadium for a generation of English football fans.

Wembley’s 90,000-seat capacity makes it the largest stadium in the United Kingdom. But it is partly due to that enormous seating plan that caused the ground to be delayed in its construction. As crews worked on the venue, the England national team were shuttled around the country to play international matches. The delay in work also saw the FA Cup, the world’s oldest football tournament and synonymous with Wembley, moved to Cardiff and played at the Millennium Stadium. Six FA Cup finals took place in Cardiff, while seven League Cup finals were played there as well.

When the 2007 FA Cup final was contested at the new Wembley, there was a feeling of the tournament returning to its rightful home. The match between Chelsea and Manchester United ended in a 1-0 scoreline to the Blues. The win made Chelsea the answer to FA Cup and Wembley trivia questions as the team became the first club to win the trophy at the venue. Didier Drogba also became the first player to score at Wembley.

Despite the stadium getting off to a great start, plenty of players, managers supporters and media members have complained about the venue. For years, one of the biggest complaints was the slippery surface that caused players to routinely lose footing. Matches would often see large chunks of the turf kicked up as players slide on a surface described as being like ice. In 2010, the stadium had a Desso pitch installed to prevent the slipping and sliding that had been repeatedly seen. Since then, the reinforced natural grass has held up much better.

After the new Wembley was erected, many older supporters lamented the lack of character the new-build had. One aspect missing from the new version of Wembley is the iconic towers the original possessed. The towers gave the venue a bygone era feel that modern stadium architects want to get away from when it comes to football grounds. Regardless of the architects’ desires, it left many fans wanting more throwbacks to the previous arena and fewer modern troupes.

Along with modern touches, the stadium has been described as corporate by many fans who had the chance to experience the original stadium. It is difficult to argue as hundreds of seats seem empty on matchdays due to corporate ticketholders not attending or leaving early. But just like stadiums, the game has evolved especially on the large stage that is a match at Wembley.

Despite the problems seen with the new Wembley, the stadium has entered its second decade as England’s national stadium. It is the national stadium for an entire generation of football fans and some only know of this version of Wembly. As older supporters grow long in the tooth, the memories and appeal of the old venue will fade and this version of the arena will one day become as iconic as the original to a set of football supporters.

*Please note, we don’t have any images of Wembley for sale at our shop but it’s almost certain that we do have images for your club, no matter how obscure it might be!