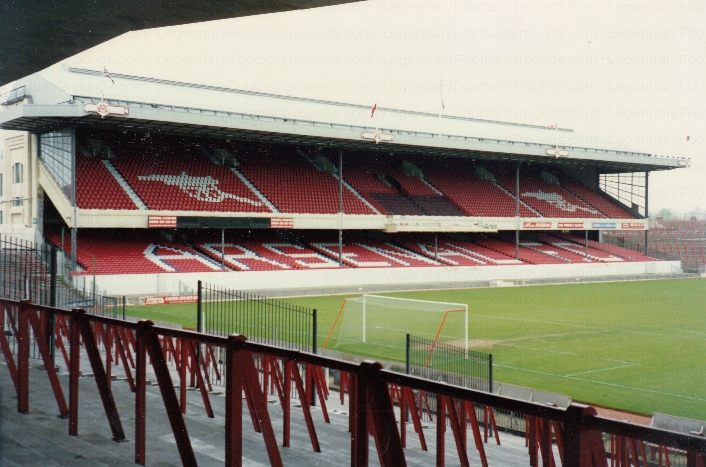 On 7 May 2006, Arsenal closed Highbury Stadium and a long, extensive chapter in the club’s history. Home to the Gunners from 1913 until 2006, Highbury was far from the glitzy, shiny ground the club opened months later. Highbury Stadium was the prototypical English stadium with four stands rather than the bowl shape modern arenas take. Highbury was a world away from Arsenal’s current Emirates ground. Now, more than 10 years since the move, Highbury remains stuck in the minds of many Gooners like an ex-girlfriend they just can’t forget.

It is difficult to argue with the reasons Arsenal closed Highbury for the posh confines of the Emirates. For one, after 93 years, the stadium had worn out its usefulness. The club increased its home match capacity by over 26,000 seats, which means more matchday revenue. Perhaps the most important reason for the move, truth be told, was that Highbury looked shabby by 2006 sporting standards. For London’s premier club to be playing in anything less than the best was criminal. The team’s move to the Emirates and the money made on matchdays has now seen the club’s rivals Tottenham build their own new ground. Meanwhile, Chelsea are in the process of finalising their own new stadium. 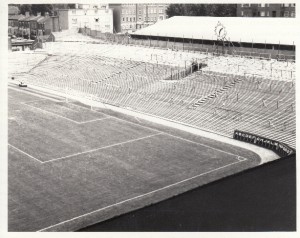 Despite Highbury’s best days being behind it by 2006, what made the ground so loved by Arsenal – and general football – supporters? Perhaps it was the venue’s long history.

The club was moved to North London by chairman Henry Norris in 1913. Norris wanted to merge the two clubs he ran – Arsenal and Fulham – but his bid to do so was turned down by the Football League. Instead, Norris took his financially struggling Arsenal team to North London in an attempt to gain new supporters. The hope was the new support would improve the Gunners’ financial problems. It paid off.

In 1913, after signing a 21-year lease for the land that would become Highbury Stadium, Arsenal began constructing the stands. Famed architect Archibald Leitch designed the original ground. Leitch had already worked on grounds for Manchester United, Chelsea, Liverpool and Tottenham, and his experience building football stadiums was extensive.

The Gunners’ first match saw them win against Leicester Fosse, 2-1. It was a great omen and ushered in further success in subsequent decades.
As the years went by, the club added new improvements to the stadium. In 1936, the East Stand was opened and it became the ground’s most loved. The stand was unique for its art deco design and today it is listed as a Grade Two building. In fact, the East Stand exists currently as part of the redevelopment of the stadium. Around 8,000 fans could sit in the East Stand and it was home to Arsenal’s offices.

In 1964, Highbury became one of the first English stadiums to install undersoil heating. The system allowed the Gunners to play matches on cold, snowy days. Six years later, the undersoil heating was revamped using a hot water system that heated the ground.

In the early 1990s, just as all top-flight grounds removed terracing and added seats, so too did Highbury. The conversion to an all-seater stadium brought about a two-tiered North Bank stand. While 12,000 fans could experience an Arsenal game from the seating, it also contained a museum for supporters to relive past Gunner glories.

In 2006, the curtain was finally closed on Highbury. It was an emotional day for long time fans and it was made even more special thanks to a Thierry Henry hat-trick against Wigan. Today, Highbury isn’t forgotten by fans, but with over a decade of football having been played at the Emirates, the newer stadium is now seen as the rightful home of the Gunners. Of course, the old stands of stadium live on in the beautiful Highbury Square housing redevelopment.