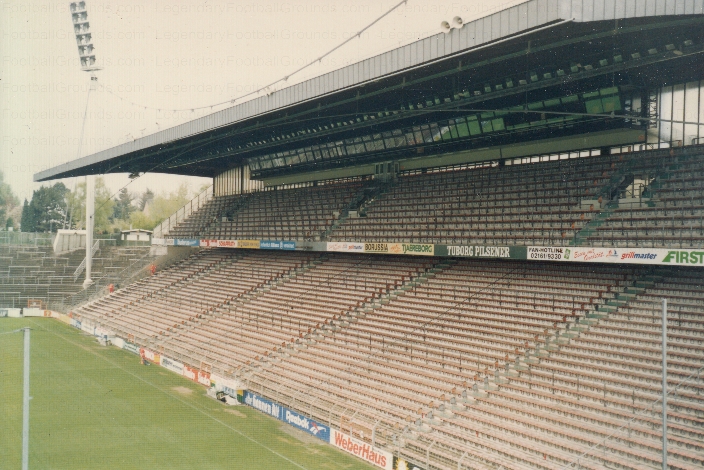 Today we chat with GP, who supports Arsenal by blood, and Borussia Monchengladbach, Fiorentina & Germany by choice. He was born and raised in Canada, playing football with his team-sized family as soon as his motor-skills kicked in. He’s lived and played recreationally in the UK and Continental Europe, fostering an intricate interest in tactics, technique, and historic minutiae.

Vancouver Whitecaps first ever match at Empire Stadium home against San Jose in May 1974. I went with my godfather and his son with whom I was staying while my parents were out of town.

Going with my parents to see Vancouver play Seattle at the Kingdome in 1978.

Either at Highbury in December 1991 watching Arsenal beat Spurs 2-0 in the league or the San Siro in Milan watching West Germany beat Netherlands 2-1 in the 1990 World Cup quarter final.

Playing in the yard as a kid.

Emirates. The new Wembley is relatively sterile but Emirates set a standard for new grounds. We’ll see how the new Bridge and Shite Hope Lame turn out, although the architect’s vision of one looks like the dog’s breakfast and it isn’t the Lame.

Probably Liverpool as far as hospitality goes, for hard core dedication in the face of hopelessness one probably has to look down the table towards the 4th division or whatever they call it now.

Some places have already, it takes the will to look seriously at the reasons why the ban took effect and how other places managed to reintroduce standing terraces.