September 2014 – and LegendaryFootballGrounds was officially born!

Lunch at Nana’s house (aka Anita my mother-in-law) in September 2014, White Rock, BC, Canada and I finally got to witness the boxes of photographs, stacks of slides and old football programs piled on top of each other on her dining room table. It was a sight to behold. And she had already spent days sorting and organizing them all!!! 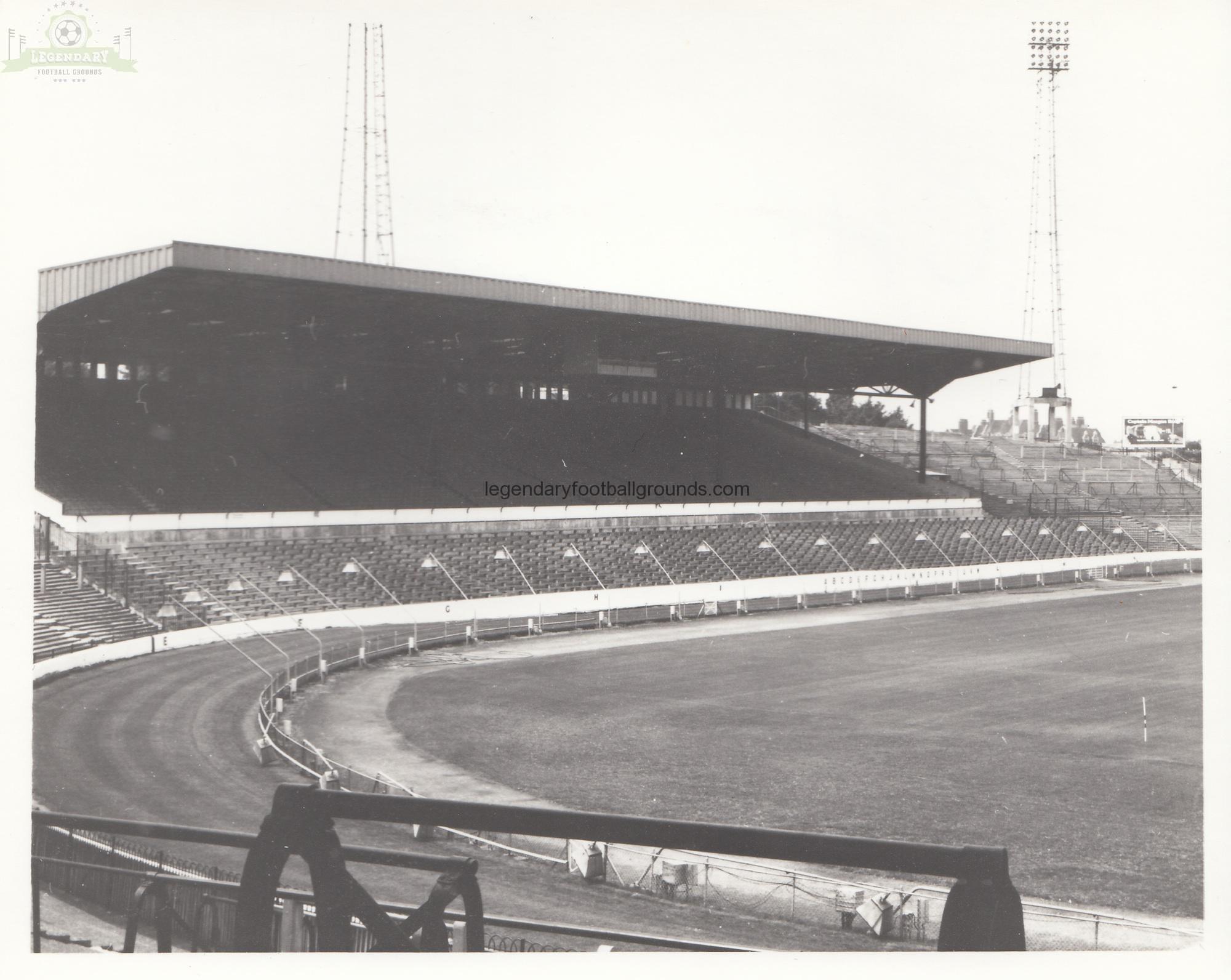 I didn’t know where to start, or look, and could not believe my eyes what was in front of me. Anita was right, her efforts in bringing back a couple of large suitcases of football memorabilia from England after her brother John passed away and the materials were now a reality. A year before, I had bought a number of old English FA Cup programs from John – paid for in British pounds sterling, and Anita had brought them back for me, including the Chelsea vs Leeds epic 1970 cup final replay program and I was in heaven! And now this! It was beyond amazing.

Let me take you back a good many decades, though, to when this passion for football truly began…

I was born in May 1962 in Caterham, Surrey, 18 miles South of London in the Southern England commuter belt. My nearest “professional” football club was Crystal Palace but I started supporting Aresnal from a very young age. My grandfather from my fathers side, Leon, loved Arsenal, and converted me. He used to run his greyhounds at Chelsea’s Stamford Bridge Ground, and lived above his Fish and Chip shop with my Grandma Maudie on Ebury Bridge Road, London right by the River Thames. Story after story was born by Grandad’s side and I just loved visiting with him and watching the Coldstream Guards from his flat, listening to greyhound and football stories; listening and learning from his experiences. Never a dull moment!

My other grandfather Cecil, was born in the East End of London and was a semi-pro boxer who got onto the books of West Ham in the early 1900’s until the First World War came along and he was cruelly injured and temporarily blinded by mustard gas while fighting in action in 1916. And thus his footie career was done and that was that.

I have football running through my veins. Period!

It did not take my Uncle Stewart (Leon’s youngest son) long to covert me to the colour of Blue. Stewart was a fanatic Chelsea fan and followed them everywhere from a very early age. He had a picture of Jimmy Greaves signing his autograph back in the day when Greavsie was a goal scoring machine at Chelsea – this photo eventually appeared in a Chelsea program in the 90’s! When I was aged 6 he informed me that if i did not switch to supporting Chelsea he would never speak to me again! So Chelsea it was and in 1970 David Web gave me my first celebration in Blue beating Leeds in the Cup Final Replay…I missed the goal as it was past my bed time! Little did I know that I would have to wait over 2 decades for the next silverware capture; I was delighted and knew my decision to switch was worthwhile!!!

Outside of supporting Chelsea, football was our daily bread and butter activity. On the playground at school with a tennis ball standing in for a full size football (we were not allowed to play with the larger football in case they smashed the school windows) and kicking the ball around at local parks with friends during the evenings and weekends. Football was a given and most kids my age played the game. Part of the culture, part of tradition. Match of the Day and The Big Match with Brian Moore and the BBC’s teleprinter every Saturday at 4:40pm: this is how most people found out how their team had gotten on that weekend. Oh how things have changed now…..

My father, Arthur, played for Old Westminster City social club and most Saturday afternoons we would go with him to watch him play footie, whilst Kipper (my brother) and other friends would find other boys to play with in the field hockey nets. Eddie’s, the confectionary shop, always got our business with sherbet fountains and lemon bon bons before we started playing every weekend! I remember kicking the ball around in the dark after all the games had finished, the dads drinking in the sports bar inside whilst we kids played outside. As I got older I was invited many times to play for my dads team which was great fun!  I loved playing for his team as the goalie looked just like Peter “ The Cat” Bonetti – the infamous Chelsea goalie at the time.

The first proper footie team I played in was a killer team at Primary school age 7 – 10. St John’s School was our team and with our golden jerseys, bright blue shorts and blue-and-gold striped socks – and with Martin WallBank, Mark Ward, Ian and Mark Walker and Gary Glover – we were killer! No local teams would live with us and our only competition came from the Private School of Caterham School, whose main sport was always Rugby!  I had a hidden weapon: I was left footed! That and my speed meant I played every game – in those days subs meant only one person sat on the bench at one time, and that was that.

At 11, I moved to Secondary school – de Stafford School Caterham – and once again joined the school football team playing against teams like our main rivals, Warlingham school. Our team once again excelled. As I moved into my teens, my love for Chelsea got deeper as a bunch of my friends started to go to Chelsea games, home and away when we could afford it. The train journey from Caterham to Stamford Bridge, London, took us from Caterham British Rail station via East Croydon to Victoria. There we would walk along the Fulham Road stop by our favourite pub and start our traditional “pints of lager shandies” and rum and black when we could get served – pretending to be over 18! One of my best friends Dave Whately – who I am still in touch with, and who lives, loves and breathes Chelsea to this day – was our leader. Standing in the Shed End he was muscly and vocal and would always get the crowd going. I was fairly small and given all the football violence that took centre stage in those days (once we met a bunch of Millwall fans on our train journey home from London where they reminded us of Harry The Dog and about the fan their comrades had pushed onto the train rails) I always felt in good safe hands with Whately!

I loved collecting football programs and if I could not get to the far away Chelsea games such as Newcastle and Sunderland, I would go to QPR games. I just loved and lived football. I learned so much by watching and taking in the plays, and this would prove to be so valuable in my later coaching years!

I sang in a choir in my early to mid teens and we started up a football team and would play Sundays against other choirs. We even went on tour to Birmingham every year, where we sang in the Cathedral and played friendly foot games! 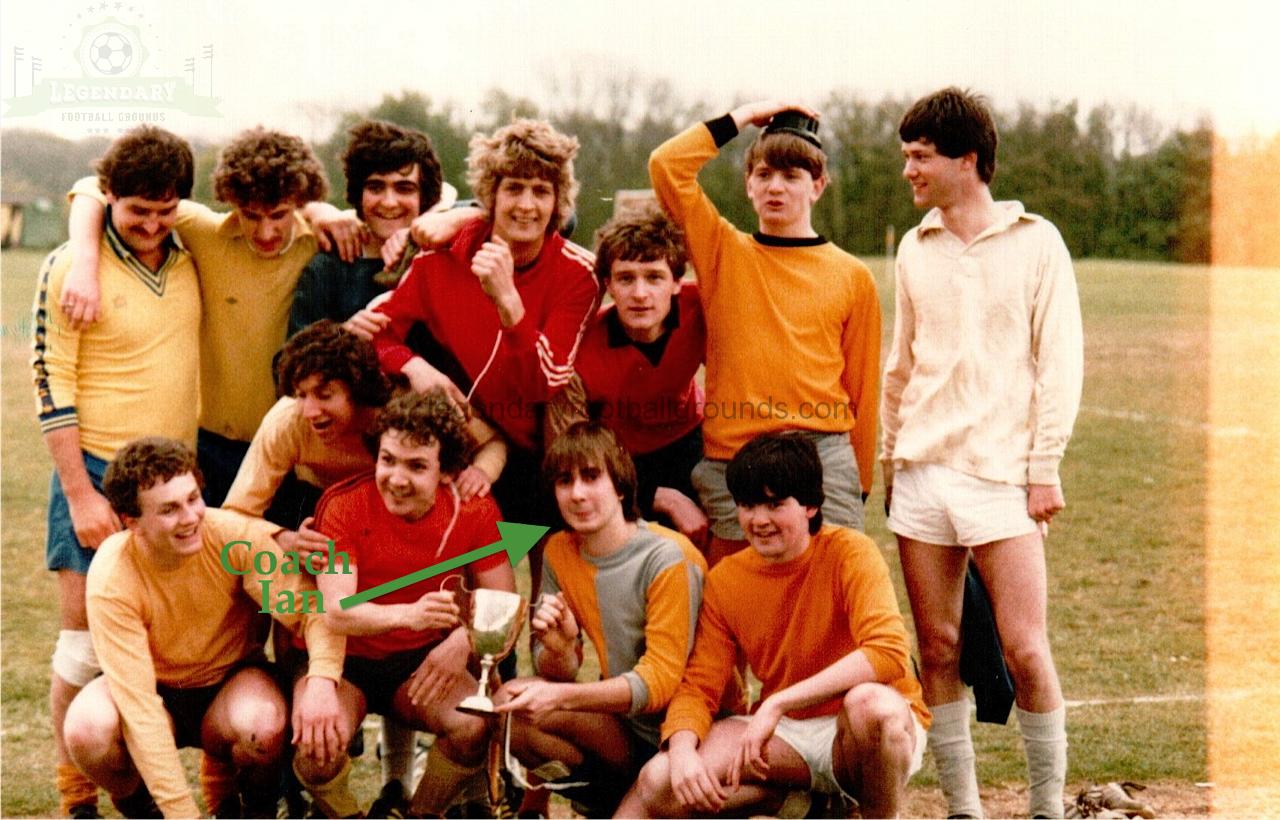 At 18 I went to University College of Swansea and started to play for the University Clyne Halls of residence team – winning the Inter Uni football cup in our first year with Sprout, Meeksie, and Dave Thomas, to name but a few! In my 2nd year a bunch of us set up a team called the “Ginger Genitals” and duely went on to win the same cup beating the Rugby boys in the final. Trouty Thomas organized and ran the team and it culminated in a tour of London when term had finished, with a convoy of us motoring down the M4 from Swansea to London for some friendly games…I am not sure whether the beers and pubs were more important but it was the experience that mattered! GV Jones, my room mate, who had been on Norwich City’s books, was our star player; small, skillful and great to play with. Great fun!

I used to go to the Vetch Field to watch Swansea play Chelsea, and during the dark years of 1977-1989, Chelsea went up and down from the English Division 1 to Division 2 and back up again regularly. Believe it or not, it was actually great fun watching Chelsea in those dark years with Peter Osgood and Peter Bonetti being phased out and players like Graham and “Butch” Wilkins, Mickey Droy and, Ian Britton (on the winnnng!!!), making up the new youth Chelsea team. They basically had no money to buy players so turned to the youth program which served them really well. That was when the East stand stood out like a sore thumb and nearly bankrupted the club in amongst the old West Stand, the infamous North Stand and the “you’ll never take the Shed end” where I would always go watch the games.

There were some classic games I remember – in 1978 going to Stamford Bridge to watch the Chelsea vs Liverpool FA Cup 4th round tie with Chelsea as a young 2nd division team. Tommy Langely scored a memorable goal with “flasher Walker” getting a hatrick, with Chelsea winning 4-2. And the  with and getting beat by the Ossie Ardiles Spurs team (only just!) 3-2 in 1982. Great memories and the Stamford Bridge ground had so much character with a brand new seater stadium and falling apart terraces…but it was about the energy and experience we created on the the terraces that mattered!

After graduating university I stopped playing for a couple of years whilst London night life took over – although we would still go to Chelsea and things started to drastically change at the Bridge!

That wasn’t the end, though, not by a long shot… Click here to keep reading: Part 2 – Hong Kong to Vancouver!